Partying, Alcohol, Drugs, Internet - Knowing how the law applies to you can help keep you out of trouble (or help you to know what to do if you get into it).
It's good to remember that you always have a choice the ability to make a choice is a very important one to have under your control, and can helps you avoid situations that you wouldn’t otherwise want to be a part of. It's important to being able to make your own decisions in matters such as alcohol, drugs and almost everything else without the influence of your peers.

Sexting – what is it?

Whilst sending suggestive or sexually explicit messages to your boyfriend or girlfriend might be fun at the time you should always consider what will happen if they show their friends.

Screenshots of text messages, Snapchat or Instagram are very easily forwarded to friends of friends, or posted on social media. They can go viral from there and you will never be able to get it back.

Sexting - is it legal?

Sending sexual photographs of yourself or someone else is illegal.

Sending or receiving sexual photographs of anyone is illegal. This is very serious and you can be charged with crimes related to transmitting pornography. You might think that a picture you have is okay because the person in it agreed to have their photo taken or because they sent it to you in the first place. but the law doesn’t distinguish between photos that young people take of their friends or partners and other types of pornography. Any sexual image of a person underage could be considered pornography by a court.

This means that you can’t take, send or store a sexual picture of yourself, even if you decide you want to, and even if you’re old enough to consent (agree) to other sexual activity. You can’t film or photograph yourselves with your clothes off or doing anything sexual.

As well as being illegal , there are other consequences to sexting. It can also lead to serious penalties or being found guilty of sexual offences, and it may come back to haunt you later .

Even if you are in a secure relationship now, you may break up in the future and the other person could show the images to someone else. When people find out what you did or see the pictures it could lead to bullying and or humiliation. It might be that once the other person receives the photos they want to ‘brag’ to their friends, who then show others and before you know it everyone you know has seen you naked or in a compromised position.

You should consider the consequences of sexting regardless of your age as not all relationships last and not all end nicely. Once those pictures leave your control you never know where they might wind up or when! Remember – once those images are out there you can’t get them back. It’s forever!

At the end of the day, there is no safe way to send a sexual picture. You can’t control who sees a photo of you or someone else once it has been sent by text, email or posted online.

The best way to stay safe is: 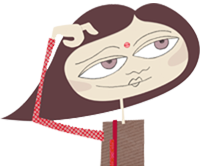